In 2015, Alberta’s business sector had the highest labour productivity level in the country.  The total value added per hour worked in Alberta exceeded the Canadian average by about 39 percent.

In the last few years Alberta’s productivity performance has improved because of a productivity resurgence in the energy sector. 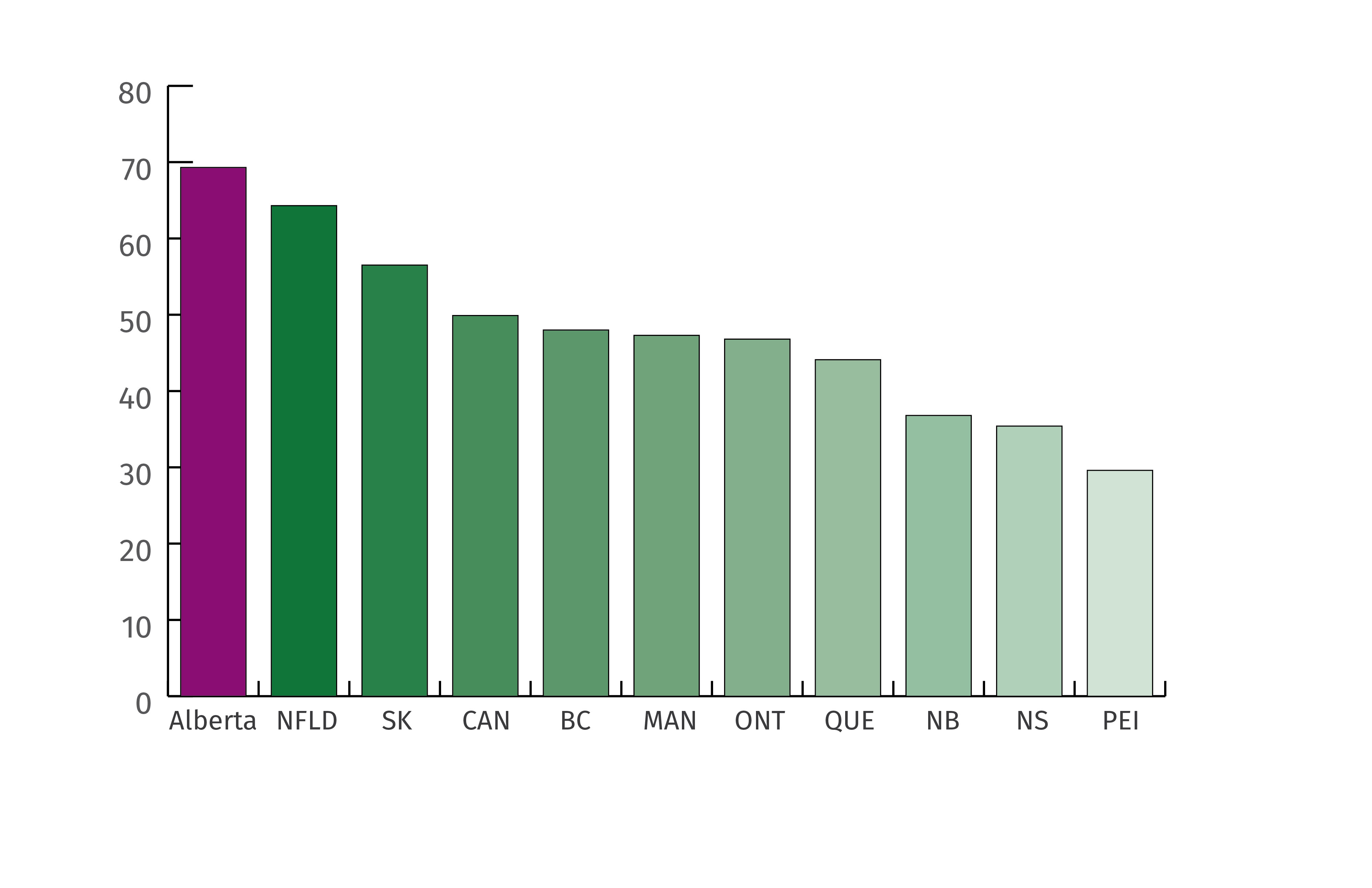